Within the framework of Erasmus+ program, the youth exchange “Murality” was organized in Armavir, Armenia, which was scheduled for June 06-16. The youth exchange served as an excellent platform for bringing together youngsters and leaders, concerned about the issue in a non-formal and multi-cultural environment and worked cooperatively towards its solution using tools provided by culture itself. The participants of the YE "Murality" were from Armenia, Estonia, Ukraine, Greece and Poland.
During the whole project the participants had differnet sessions about gender equality and gender stereotypes combined with interactive activities and group works. First of all, they shared some rules they would like to be respected during the exchange. They also had some discussion on differences of non-formal, informal and formal learning, making interactive performances with 3 groups. The trainers introduced the Erasmus+ programs in general, the YouthPass certificates and its competences and the participants shared what they expected from the project, what they were concerned about and what they can contribute to it. 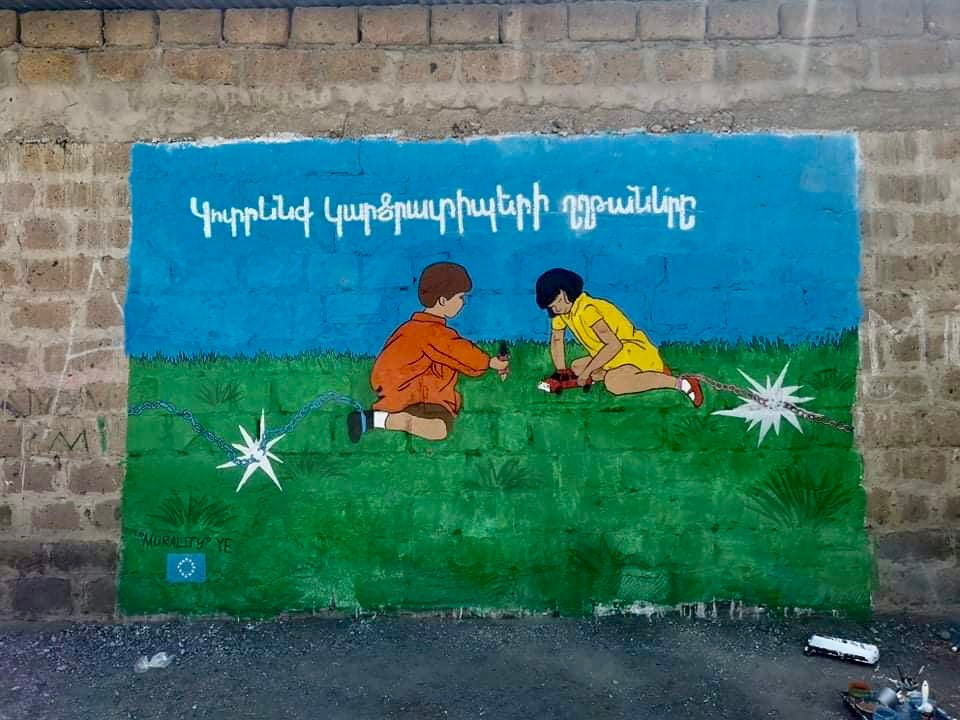 During the project the participants did a workshop about mural painting technics and drafted the chosen Mural on a Flipchart firstly . Later the participants went out to town to choose a few buildings, which may serve for painting the mural on, make notes about the location and take photos of the building. Besides, they were given white T-shirts and started to draw on them the logo of the YE “Murality”. After finishing it they started to draw the mural.
The aim of the Youth Exchange “Murality” was to raise awareness of gender based discrimination through boosting youngsters creative sense of expression.
Learning outcomes were:
The Youth Exchange “Murality” was a project where young people can: 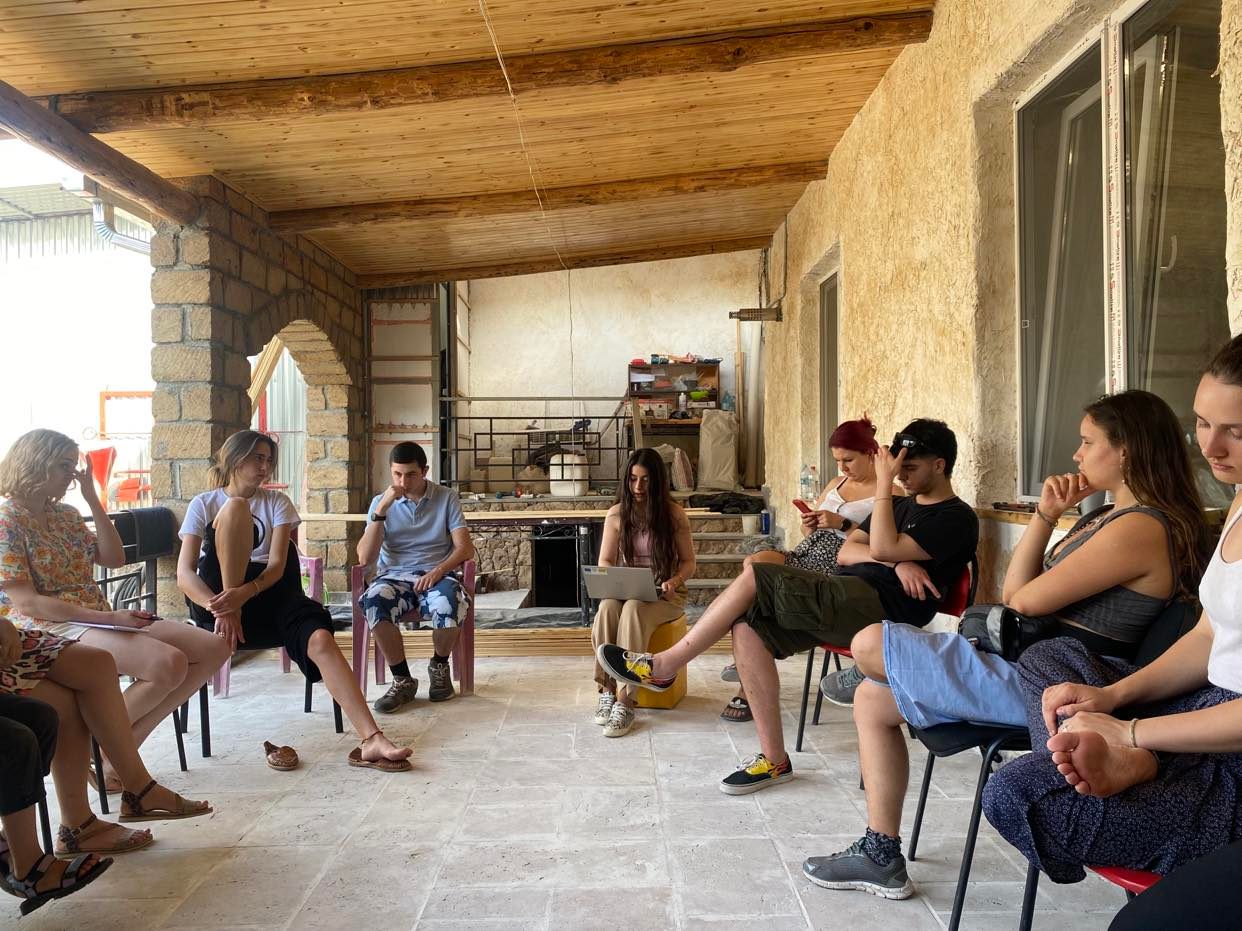